Just how methodical and determined have the liberals in the Democratic Party been? One need only to look at the destruction of Former Republican Speaker of the House Tom Delay. In the 2004 General Election, Delay helped then President George W Bush not only pick up seats in the US House, but was influential in the re-districting of Texas Congressional seats that ousted some long time Democrats. Most notably was Martin Frost in a loss to now NRCC Chairman Pete Sessions after district lines with the Delay Factor were re-drawn in 2003. Delay had also been influential in Texas State politics, helping the Republican Party re-gain the Texas House in 2002. Along with the head of George W Bush, the bust of Tom Delay was valued to be a major prize that the libs had to have. 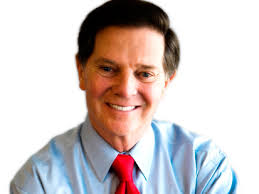 Enter Texas Democrat (or is that demagogue?) and royal lunatic Ronnie Earle, the former District Attorney for Travis County, Texas. Earle had a history of going after Republican politicians from the Lone Star State including current US Senator Kay Bailey Hutchinson. Earle has never had a successful prosecution of any politician and in the opinions of many legal experts committed continuous prosecutorial misconduct throughout his career.  Have a good laugh and read more on this loon at http://en.wikipedia.org/wiki/Ronnie_Earle .

Earle had Delay indicted accusing Delay’s Political Action Committee  Texans For A Responsible Majority of accepting corporate contributions, prohibited by Texas law, and then laundering money through the Republican National Committee. Earle’s probe of the contributions began after 17 Republicans who received the committee’s funds were elected, giving the party control of the Texas House for the first time in 130 years in 2002. One year later the coup I mentioned earlier began, after DeLay and his political aides drafted one helluva road map, when the Texas House approved a sweeping reorganization of the state’s congressional district map meant to favor Republicans. Earle, being the good lap dog he is, had Delay indicted and the rest is history: Delay has to step down in disgrace amid unsubstantiated charges and the liberal takeover was on. Remember – the libs have been running the asylum since 2006. Now I am not stating Delay was perfect – he was far from it. He got the Republicans too cozy with K Street in DC and the spendcraze began on his watch. Delay also screwed up the re-districting with Pelosi’s favorite lap dog Chet Edwards, D-Waco, in the creation of CD-17. The new district drew from conservative districts in the north and south around now defunct CD-11 to knock out Edwards. The portion to the south included Bryan- College Station and Texas A&M. Only one problem – Edwards was an A&M grad and pulled out that Aggie ring in a heartbeat to endear the Maroon and White. To date, Chet Pelosi is still in office. However, Republican Bill Flores should sent Chet packing this time.

On Monday August 16, 2010 the Justice Department decided it was time to cut their losses and dismissed all charges against Delay.  Politico summed it best: The investigation lasted through two presidents and four attorneys general. Its demise provides a stark footnote to the lobbying scandals that helped Democrats regain the House majority they held for 40 years and lost in the Republican revolution of 1994, which eventually made the pugnacious DeLay one of Washington’s top power brokers

Here is my summation: Six years to come up with zippo, nada, zilch on Delay. There is no telling how much money was spent on this waste of taxpayer dollars. The thought was that Delay’s use of now disgraced lobbyist Jack Abramoff was going to lead to evidence that would lead the Dems to the prosecutorial promised land. That never happened. While I realize the Republicans have also been guilty of these witch-hunts and are not getting a pass, just how stupid are the Dems looking right now when the Department of Justice cannot find anything to charge Delay with.
You just know Barry O’s eyeballs are spinning with this and the current affairs of Congressional Dems Charlie Rangel and Maxine Waters with their ethics charges. I mean if
Barry’s Boys can’t hang this Texan, who can?? 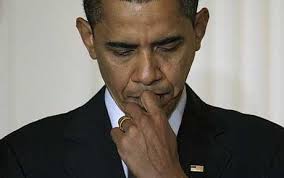