The Great Texas RINO Hunt confirmed the bagging of former Republican Senator Kip Averitt of Waco today with the withdrawal of Democrat nominee John Cullar from the Senate District 22 race. Republican Brian Birdwell was elected to the Texas Senate to fill the vacancy of Averitt and had been nominated to the November ballot by the SD22 Executive Committee. Cullar, a Waco trial lawyer, and the Texas Democrat Party tried to overturn voter responses in electing Birdwell with an attempt to remove Birdwell from the November ballot.  Counting on a traditional Democrat ploy of over-riding the voters through the courts, they filed suit against Birdwell on August 6, challenging his eligibility. Originally filed in Tarrant County, it was kicked over to the Dallas Fifth Court of Appeals.

Questions had surrounded Birdwell’s qualifications to be on the ballot based upon his voting records in Virginia. Birdwell had always maintained he met the state’s requirements based upon his intent to return to Texas and the steps he had taken to ensure this.  After a week of both sides trading arguments, the Dallas Fifth Court of Appeals slammed the door on Cullar and the Dem’s by rejecting the petition. The Court also handed the bill on the affair to Cullar and the Texas Dems – sending a loud message to other liberal attempts at taking politics through the courts and not the ballot box. Cullar’s withdrawal today confirms his nomination by the Democrats (dem old rats!) was nothing but a sham.

Birdwell will be re-elected in November without challenge. What began over a year ago to displace one of Texas’s most notorious RINO’s in Averitt is now complete. In an election cycle that has had most attention focused on federal candidates, and for good reason, Texans can now officially claim that RINO season is now underway in Texas politics.

Averitt’s replacement may have been the first in Texas, but his will not be the last. Republicans Vicki Truitt, Todd Smith, and Charlie Geren (part of the Texas Gang of 11 that booted former Texas Speaker of the House Tom Craddick) all had contested primaries by political new comers dissatisfied with their voting records that were competitive in the races. Look for these Reps to change their ways or earn more challenges in 2012. Geren is almost guaranteed for a challenge because of his role with the Gang of 11.

Texas has a whole host of Republicans in Name Only’s that ran uncontested this year, but are certain to come under fire in 2012. None are more deserving than the aforementioned Texas Gang of 11 for what has happened in the Texas House. The Texas Gang of 11 are the following –  state Rep. Jim Pitts, R-Waxahachie; state Rep. Brian McCall, R-Plano; state Rep. Byron Cook, R-Corsicana; state Rep. Charlie Geren, R-Fort Worth; state Rep. Tommy Merritt, R-Longview; state Rep. Delwin Jones, R-Lubbock; state Rep. Edmund Kuempel, R-Seguin; state Rep. Jim Keffer, R-Eastland; state Rep. Rob Eissler, R-The Woodlands; state Rep. Burt Solomons, R-Carrollton; and current Speaker Straus. On January 2, 2009 these turncoats met at Byron Cook’s home and effectively came up with replacing then Speaker Tom Craddick with Joe Strauss. Craddick was cast in the mold of former US House Speaker Tom Delay and was the Texas Hammer. Craddick ran a conservative ship and it drove the Dems crazy.

The Gang of 11 set up Strauss to be Speaker is exchange for Democrat support. Hmm – how well did that work out this last session? This past session saw more Democrat delay tactics to Republican bills (most notably Voter ID) and a watering down of the conservative agenda. Strauss has also been seen at Democrat fundraisers ( http://smmercury.com/archives/13193 ). Additionally, Strauss’ voting record is less than stellar. Like Averitt was to the Texas Senate, Strauss is to the Texas House. Liberal Republican Joe Straus. If you vote for 3rd trimester abortions, for casino gambling, and for fiscally irresponsible legislation, then you are a liberal. Sorry, Joe, you gotta go.

Oh – one more thing. Each of the remaining 10 Republicans in the gang were awarded choice committee assignments by Strauss……….

Like Averitt, Strauss and the rest of the Gang of 11 need to be replaced with solid conservatives that will not make deals with liberal Democrats. Look for Leo Berman, R-District 6, to challenge Strauss for leadership in the House. Who does and does not support him will be watched carefully for the 2012 election cycle. Unfortunately, with the state keeping up more with federal affairs this cycle, we will still have plenty of RINO’s in the Texas Legislature in the next session. A session that includes a huge budget shortfall, redistricting, border security, and another shot at Voter ID are all items at the top of a long and lengthy list. With a current 2 seat majority in the House that includes the Gang of 11, the Republican muscle is thin. There will need to be pick up of seats in the fall to ensure Texans are not saddled with tax increases in the next session.

Could Strauss and the remainder of the Gang of 11 change stripes and salvage themselves? Maybe. If they do, they could be spared for the Big Hunt for 2012 – which I predict will be a huge focus on state politics. My guess is that old habits die-hard and that they will be big targets for 2012. Now is the time to start looking for candidates to challenge them. With the feds shredding the Constitution, states rights and nullification will only gain strength as key topics for Texans.  In my opinion, Texas is behind the 8 ball on nullification and that is a direct reflection of the current make up of the Legislature. Arizona has started a firestorm with SB1070 that will spread and any Republican member of the Legislature that refuses to help secure the border might as well draft their political epitaph.

The Great Texas RINO Hunt has begun. What target will you be aiming for? 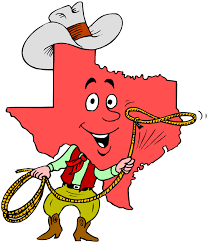