In the summer of 2008, the only folks who knew about Sarah Palin were Alaskan residents. The small business owner who became Mayor then Governor was leading an uneventful life until a tap came on the shoulder from GOP Presidential nominee John McCain. Its been a whirlwind since. 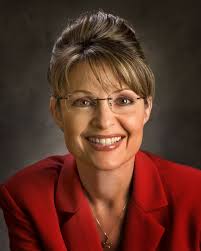 The fact that she added life to McCain’s miserable campaign and made him somewhat competitive put her on the political map for the 2012 Presidential race. We all know the barbecue she went through then and continues to go through to this day. The liberal media and leftwing blogs crucify her and/or her family daily to make themselves feel important in delivering their progressive message. Why the fury? Palin represents everything progressive liberals hate: Palin believes in God, guns, limited government, lower taxes, capitalism, a strong military, and the American Way. Feminists despise her pro-life stand as well as the fact she knowingly brought her son Trigg into the world with Down’s Syndrome.  Liberals and feminists believe Palin represents the worst of the red neck gene pool and want her type eradicated.

So how do they combat the “Palin Factor”? There is an unholy alliance being forged between the liberals and RINO leaders to whitewash Palin and her credibility to win a shot at the 2012 Presidency.  Want proof? Let’s examine the evidence.

Exhibit A – Criticizing Palin’s “choices” in the US Senate Races:
They started by criticizing of her backing of specific individuals in the US Senate race. Specifically Joe Miller in Alaska, Sharron Angle in Nevada, Christine O’Donnell in Delaware, and Ken Buck in Colorado. Well, lets dig a little deeper into those choices. Turns out Palin was spot on by backing Miller, as Murkowski, the Republican turned Independent back to Republican incumbent, is already back to pork projects for special interests with earmarks in the recent Senate Omnibus plan http://shybarbarian.com/2010/12/christmas-comes-early-corrupt-rino-murkowski-pays-back-indian-supporters-ten-fold/. Sharron Angle was taking on Senate Majority Leader Harry Reid and the landslide of money he brought to the table. Most of the conservatives in Nevada had left over the poor economy and Angle still came close to knocking off Reid. O’Donnell was running in a deep blue state that had little chance of victory in the first place, but Palin’s efforts for O’Donnell made the race competitive. Buck came very close in Colorado in a state that went from red in 2004 to deep blue by 2008 due to a decade long effort by Democrats. Ever wonder why the Democrat Convention was held in Denver? Do some surfing on “The Colorado Model” and get full detail on how this happened. It is the blueprint the Dems have had for turning red states blue. The Weekly Standard had a great article in 2008 on it: http://www.weeklystandard.com/Content/Public/Articles/000/000/015/316nfdzw.asp. Giddy from too much Tea Party support and the political caffeine it injected into the party, RINO leaders in the US Senate whined that Palin’s 4 choices cost them a majority in the upper chamber http://www.examiner.com/post-partisan-in-national/republicans-turn-on-sarah-palin-jim-demint-for-losing-the-senate. Having been in DC in the summer of 2009 , I personally know Republicans were viewed as having a snowball’s chance in hell of gaining enough Senate seats to be near a push, much less a majority. To now hear them complaining about Palin screwing it up for them is ridiculous.

Exhibit B – Get Republican Moderates to criticize her resume:
Joe Scarborough, the former Florida Congressman and lawyer, blasted Palin in an opinion he gave on November 30 http://www.politico.com/news/stories/1110/45687.html. Joe came out and used the liberal left agenda of accusing Palin of “antiintellectualism” (some serious scrabble points for that one Joe!) that MSNBC is known for. In the same rant, he states that if the  “…party of Ronald Reagan, Paul Ryan and Marco Rubio wants to return to the White House anytime soon, it’s time that Republican leaders started standing up and speaking the truth to Palin”.  Are Paul Ryan and Marco Rubio iconic enough to be mentioned with Reagan? Was Reagan ever accused of being an intellectual? Isn’t Barry O the greatest intellectual ever elected? Stuff the intellectual BS Joe – the libs at MSNBC have completed their lobotomy of you.

Guess Joe was following the lead of columnist Mona Cheren, who had chimed in the week before:  http://patriotpost.us/opinion/mona-charen/2010/11/19/why-sarah-palin-shouldnt-run/. She echoes lamentations of a Palin run, citing two critical flaws in her presidential-less demeanor: 1. Lack of a  proven record; 2.  Weakness on substance. Hmm, if my memory recalls Palin ran a small business with her husband (Todd still operates it today), she was a Mayor, and she has been a Governor. All of these are volumes more than Obama or many of the so-called Republican front-runners. While she did exodus early from the Gov position, that had more to do with digging herself out of a mountain of financial debt that Alaskan RINO’s had piled on her with false ethics charges she had to defend.

Exhibit C – Get the Left Wing Kooks to Start Analysis on the Forgone Conclusion of Failure of a Palin Presidency.
On the same day Charen issued her criticism, left-wing nut Sheldon Filger took the stance of trying to scare folks into thinking through Palin as President. Filger blames Palin for McCain’s loss to Obama. He writes “… Ms. Palin as a possible successor to an elderly and illness-prone Senator McCain, had he prevailed in the 2008 U.S. presidential election, was a leading factor in persuading many independent voters, and even some Republicans, to cast their votes for Barack Obama.” I could have sworn she was married…. Poor Sheldon, like many liberals, has not a clue to the fact McCain would have been truly pasted had it not been for Palin.
Exhibit D – Work up some Baloney Polls to show Palin would lose to Obama if the 2012 General Election were held today
After what happened on November 2, 2010, I simply do not know how this could come up and be talked about without laughing out loud. However, this has not stopped the Republicans from doing exactly that. Let’s be blunt – Palin, not Romney or Pawlenty or Huckabee or Jindall or Perry or Gingrich, came out and campaigned for conservative candidates flying under the Republican banner and kicked the crud out of Obama. Obama won Round 1 in 2008 without a track record and Palin won Round 2 in 2010 pummeling Barry with his failed agenda. Give her another year to get SarahPAC running and she can be formidable.
Palin may not be the “perfect” candidate; neither is anyone else that will seek the office. Americans want someone they can trust and who will shoot straight with them. Palin has those qualities.  Palin is also a staunch supporter of literal interpretation of the Constitution in her beliefs and it shows in how she lives her life. Remember, the majority of Americans that live in that great swatch of red across the US have a whole lot in common with Palin: they may not be the most educated, but they are not idiots either. Palin is also underestimated by those who think she is a buffoon. While her tv show “Sarah Palin’s Alaska” may not be everyone’s cup of tea, the show is doing something for Palin that no other potential candidate (Huckabee excluded) has going for them – their own show getting their name out to millions of Americans every day. This may be exposing every nook and cranny of her and her family, but in the end Americans will feel they know Palin before ever casting a vote. This is far more than any other potential candidate can say right now. What’s even better is that this gig pays her for the publicity, not the other way around. Fox News has done wonders for Mike Huckabee, but Mike cannot attract the attention or the money that Sarah can. Furthermore, do people really know Huckabee better from his show? Bet Mitt wished he had his own show….
Whoever takes on Obama in 2012 will have to be able to 1. Campaign endlessly, 2. Have name recognition, 3. Raise money, 4. Have a seriously thick hide, 5. Raise money, 6. Have charisma. Palin’s qualities will help her perform in each of these areas. While she is still considered a novice in fundraising, she will be able to raise money to compete head to head with any primary candidate. If she wins the nomination, my guess is she will be able to take on Barry O and get corporate dollars due to the simple fact business hates Obama and will want to see this commie crud get ousted from office. Palin has enough brains to surround herself with folks smarter than her that can help her do the job should she reach the oval office. I already hear the Mitt supporters crying out for him and that he is the man. My issue with Mitt is I am not sure he has the toughness for the run. Why else did he bow out in 2008 and leave the Republican Party to McCain? No disrespect to Huckabee, I voted for him, but he was too unknown at the time to knock off McCain. I am still pe’od at Mitt for abandoning the Party and I am not the only one. We know Sarah has the stamina to make the run and she does not run from the personal grenades that get lobbed in a campaign.
Whether the liberals or RINO’s like it or not, Palin is the factor for the Republican Party Presidential Nominee in 2012.